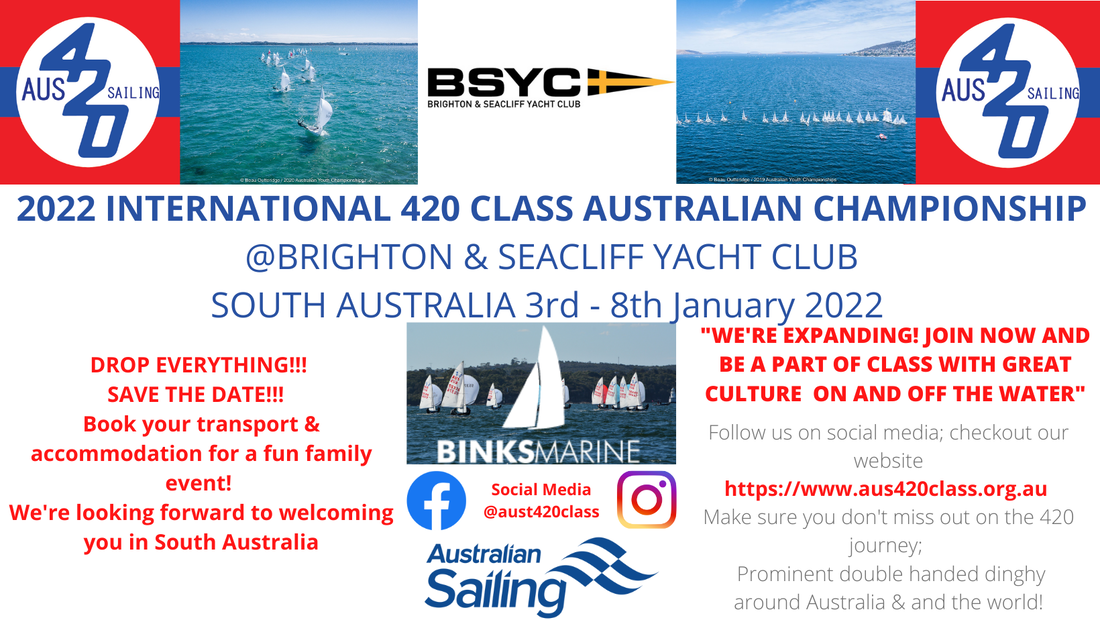 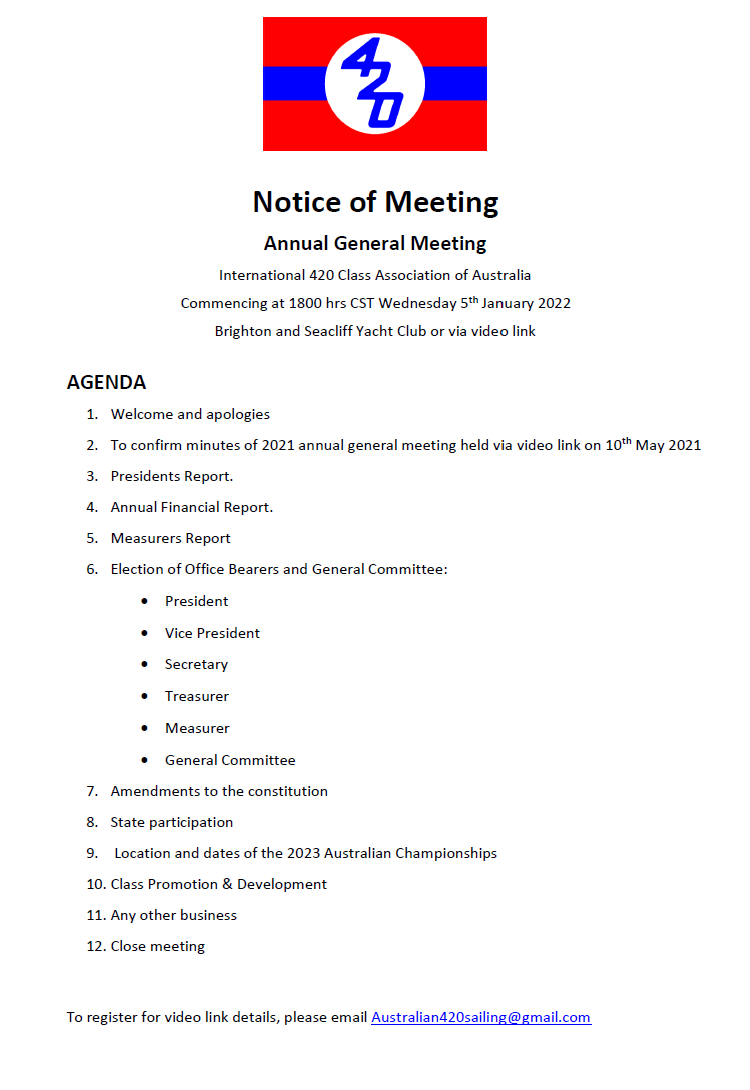 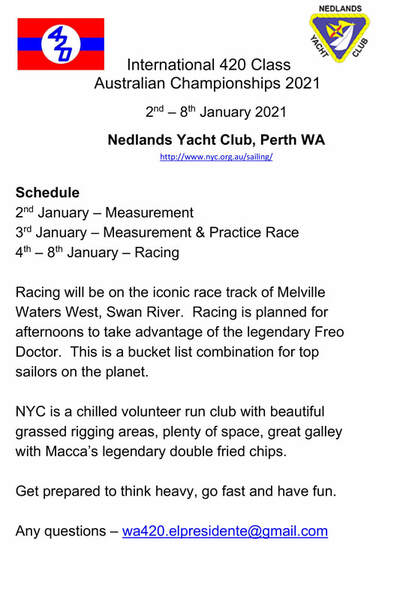 2020 AUSTRALIAN 420 AUSTRALIAN NATIONAL and OPEN CHAMPIONSHIPS
The 2020 National and Open Championships were held January 1st to 8th at the Mornington Yacht Club.
Results can be viewed at http://sailingresults.net/?ID=80312
​

VERY light winds greeted the fleets for all racing except the final day.

2 Teams made it through to the Gold Fleet finals - Henry/Larkings and Littlechild/Ferguson.

Henry/Larkings, in their first regatta together, struggled all week from being too heavy but with one race to go were still placed on the podium. An unfortunate capsize while leading the final and only windy race of the regatta pushed them from 2nd to 6th overall.

Littlechild/Ferguson put some good races onto the scoreboard but in their first season together lacked the consistency required to move up the ladder in the extremely tough Gold Fleet. Many valuable lessons learned by these guys which will pay dividends in the coming years.

​Here is the link to the regatte website with full details, photos and stories:

The 2017 Australian 420 Championship was held in Adelaide at Brighton & Seacliff Yacht Club from 2nd to 8th of January. The Australian Championship has no age limit and the ages of competitors ranged from 14 through to 24. Please click here for the results.

The Australian Youth Championship was held in Adelaide at Adelaide Sailing club from the 10th-14th January. This regatta is open to competitors aged 18 or less at 31.12.17. Please click here for results. 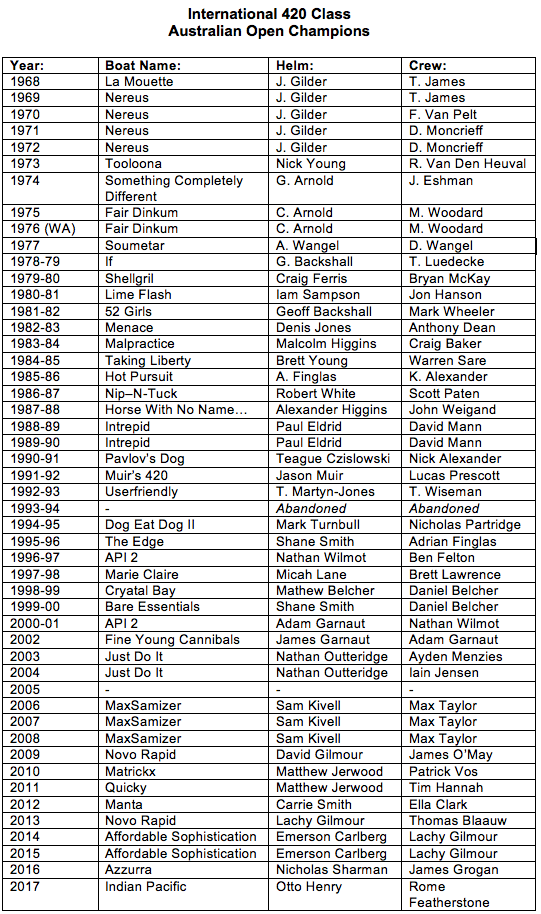 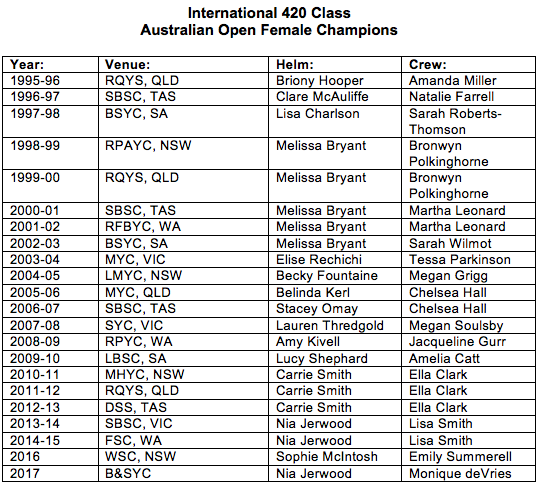